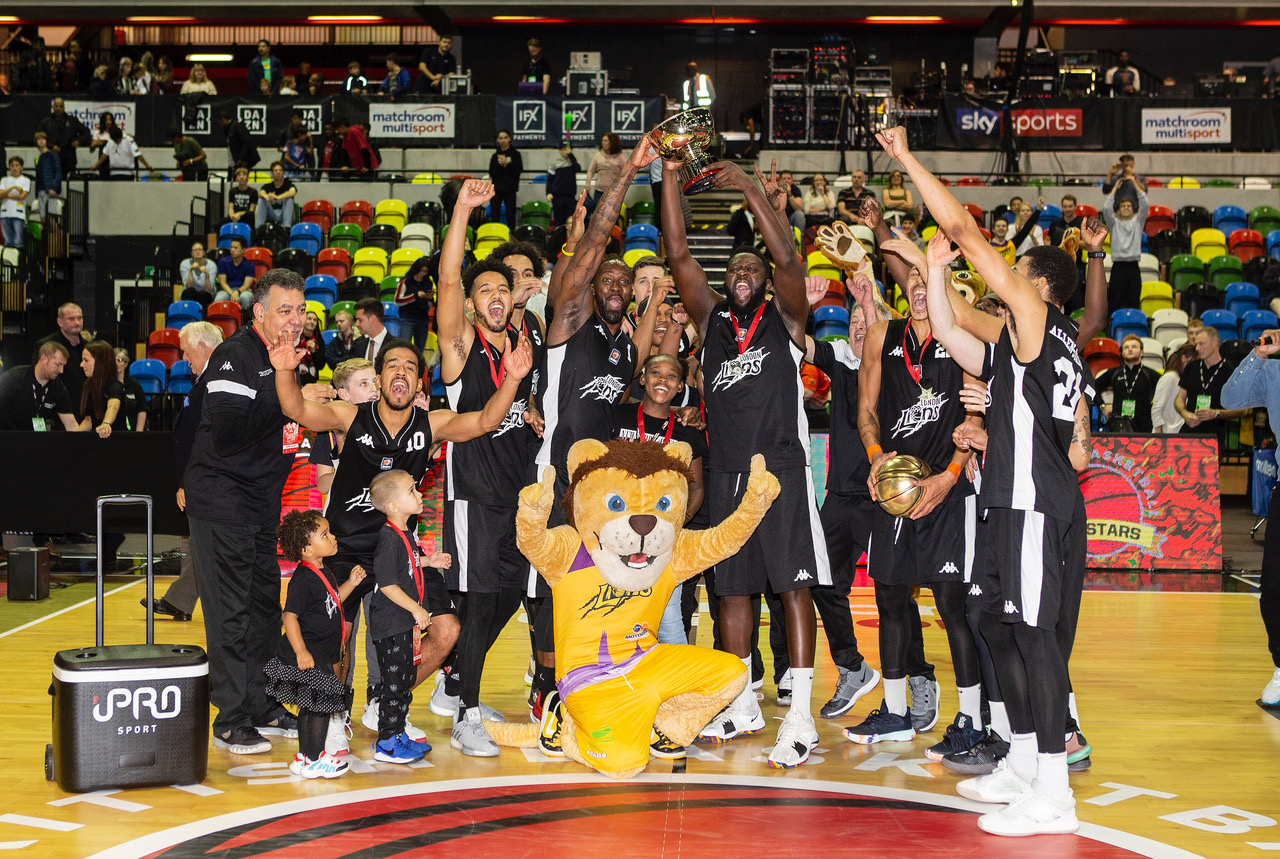 Lions had lifted the inaugural All-Stars title in 2017 and reclaimed the trophy at their home venue in east London. They beat Sharks and London City Royals in the group stage to set up a semi-final clash with Newcastle Eagles, who they overcame 41-36 in one of the highlight matches of the afternoon.

After losing to Lions in their opening match, Sharks bounced back with wins over Surrey Scorchers and Royals to make the last four, where they beat Leicester Riders 37-25.

At the halfway staged of the £25,000 showpiece final, Lions led 10-17 and pulled further ahead after coach Vince Macaulay hit the Golden Buzzer to activate the two-minute iPro Hydrate Power Play. Sharks bit back in their own double-point period, with Mackey McKnight one of their standout performers of the day. But the Sheffield outfit were unable to close the gap far enough, and Lions clinched a six-point victory

“It feels great,” said Brandon Peel, who received the gold Molten MVP ball. “We’ve had a slow start to the season and this is a real big confidence booster.

Defending champions Surrey Scorchers had earlier gone two and out in the double elimination group stage. They lost the day’s opening match 31-37 to Royals before Sharks ensured an early coach home for the 2018 All-Stars winners.

Promoted by Matchroom Multi Sport, the British Basketball All-Stars Championship features 12-minute matches, an All-Star 5-point line and the iPro Hydrate Golden Buzzer Power Play on a non-stop afternoon of fast-paced basketball action which is now in its third year.