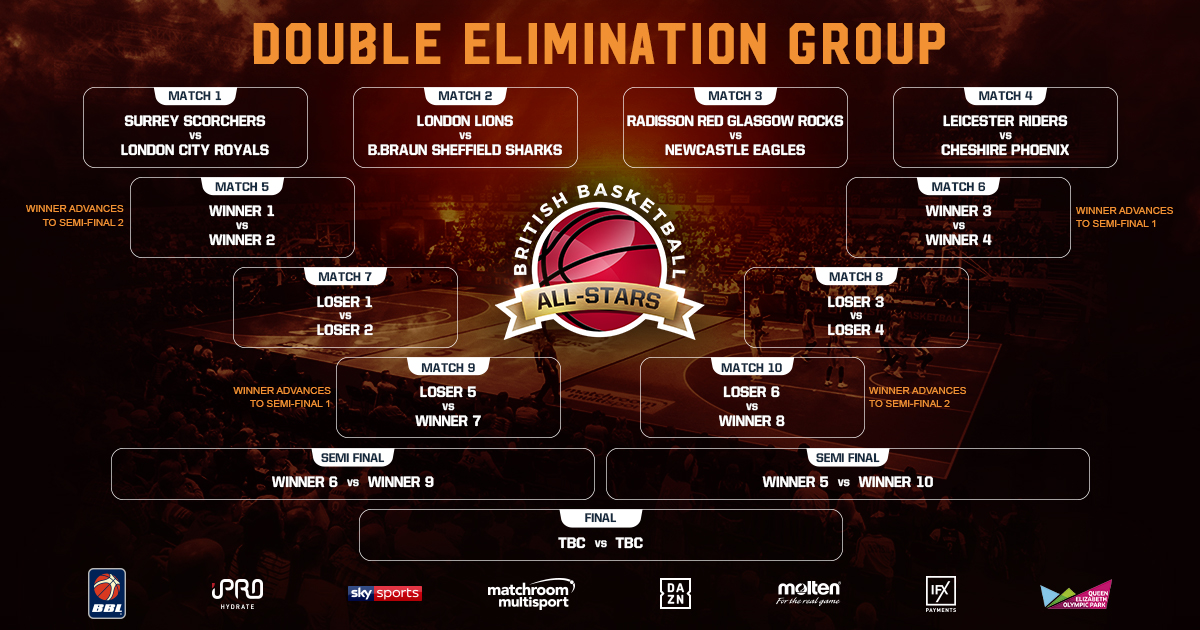 Scorchers lifted the £25,000 title for the first-time last year with a 36-33 overtime victory over Leicester Riders in a thrilling final and will begin their bid to retain the crown against London City Royals, one of two newcomers to the All-Stars court.

The first stage of the tournament is a double elimination group stage. Teams who win two matches progress to the final four while teams who suffer two defeats are knocked out. Sides who win one and lose one of their opening two fixtures play-off for a semi-final berth.

Featuring multiple 12-minute games, an All-Star 5-point line and the Golden Buzzer Power Play, the British Basketball All-Stars Championship is a non-stop afternoon of fast-paced basketball action which is now in its third year.

Tickets for the British Basketball All-Stars Championship are available now via www.allstarsbasketball.co.uk with tickets priced from just £24, with children half price. Courtside Hospitality packages are also available.