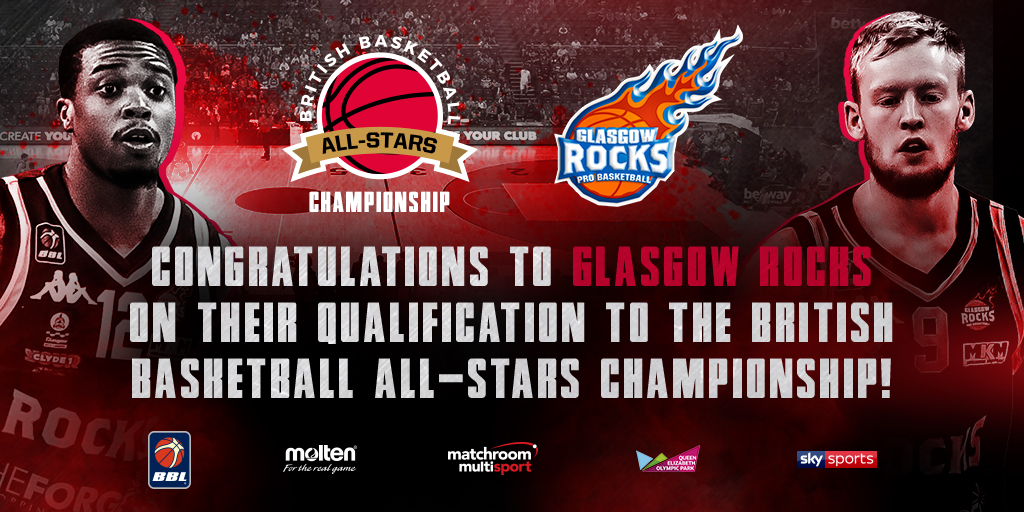 Rocks were knocked out at the group stage in the first All-Stars Championship last year, losing a must-win match against Esh Group Eagles Newcastle in the second overtime minute.

However, Wood believes Rocks will be stronger for that experience this time around and is delighted his side have sealed their spot at the 2018 tournament, taking place at Copper Box Arena on Sunday, October 14.

“It’s exciting to have qualified for the All-Stars Championship again, we’re looking forward to the event,” said Wood.

“Having experienced it last year we will now be able to adapt to the format better and look to make a bigger impact this year. It’s fast and exciting basketball which is the style we like to play, so it should suit our guys well.”

Rocks confirmed their position as one of the eight teams to participate in this year’s All-Stars Championship with a 100-76 victory on the road at Leeds Force last Friday night. Leicester Riders, Esh Group Eagles Newcastle, Surrey Scorchers and defending champions London Lions have also booked their place in the tournament already.

“All-Stars Is A Unique Experience. It Will Be Even More Exciting This Year”