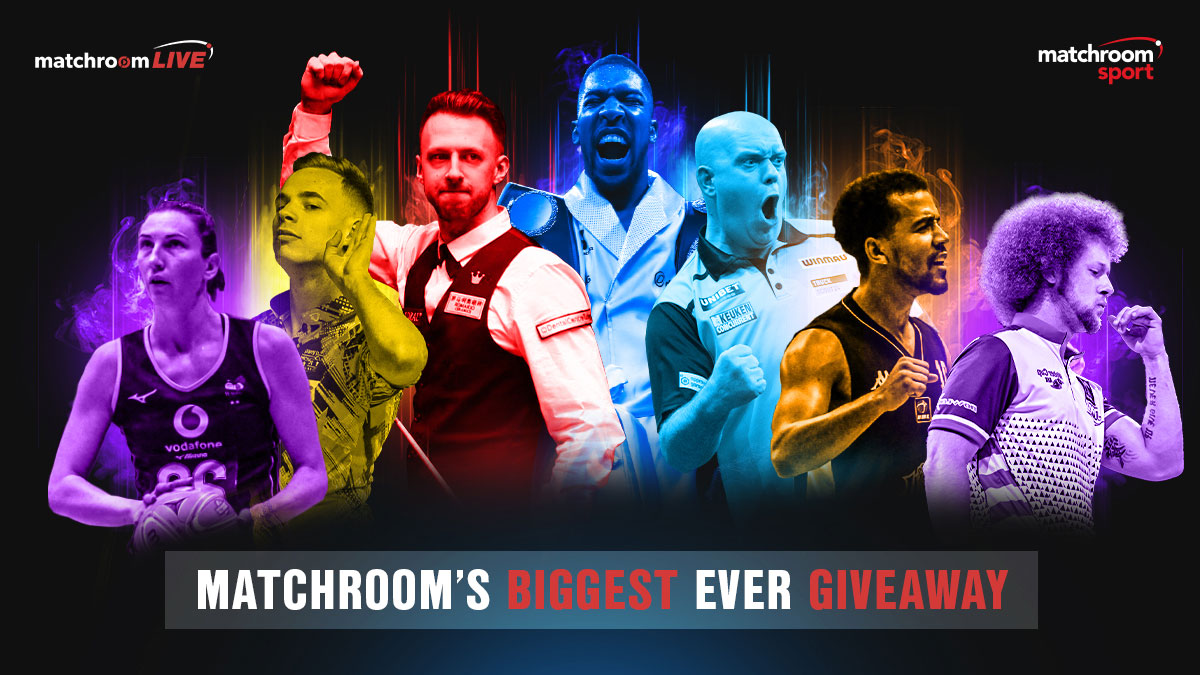 Matchroom Live is just over a week old and we want to celebrate with our biggest EVER giveaway, offering subscribers the chance to win once in a lifetime opportunities, including lunch with Barry and Eddie Hearn and tickets to some of our biggest events.

Three people and a guest of their choice will WIN a money can’t buy experience to have a tour of Matchroom HQ and lunch at the office, with a chance to meet both Barry and Eddie Hearn.

And that’s not all.

We want to give one person and their guest the ultimate year experiencing Matchroom events, with some of the most wanted tickets in sport.

We will be giving out some incredible runner-up prizes

Visit Matchroom Live and register to our FREE archive.

Matchroom Live is the home to nearly forty years of sporting action across all of our sports. Wherever you are in the world you can watch the archives from any of our sports from Boxing to Darts to Snooker and many more for FREE.

Don’t miss out on your chance to win our biggest ever prizes!

Sign up at Matchroom.Live for FREE to be in with a chance of winning.