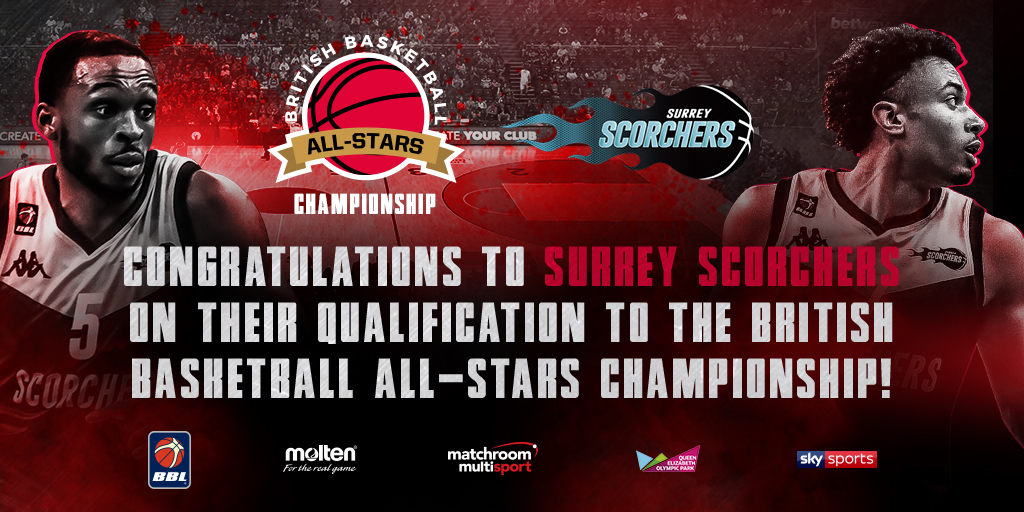 Surrey Scorchers Head Coach Creon Raftopoulos says qualifying for the British Basketball All-Stars Championship is a big opportunity for his side and promises they’ll be prepared to give a better account of themselves at this year’s event.

Scorchers lost to Riders and Worcester Wolves in the double elimination stage of the inaugural All-Stars Championship last year, but coach Raftopoulos has his eyes set on going deeper into the tournament this time around.

“Last year we learnt a lot,” he said. “It was an absolutely amazing event so having the opportunity to be there is big for the club.

“It’s a great tournament to start off the season and I think knowing what it’s about more this time round we’ll give a better account of ourselves.”

Captain Tayo Ogedengbe agrees with his head coach, and was thrilled that Scorchers have secured their entry to this year’s All-Stars Championship.

“It feels great to qualify for such a great event again and it makes qualifying for the play-offs even more special,” he said.