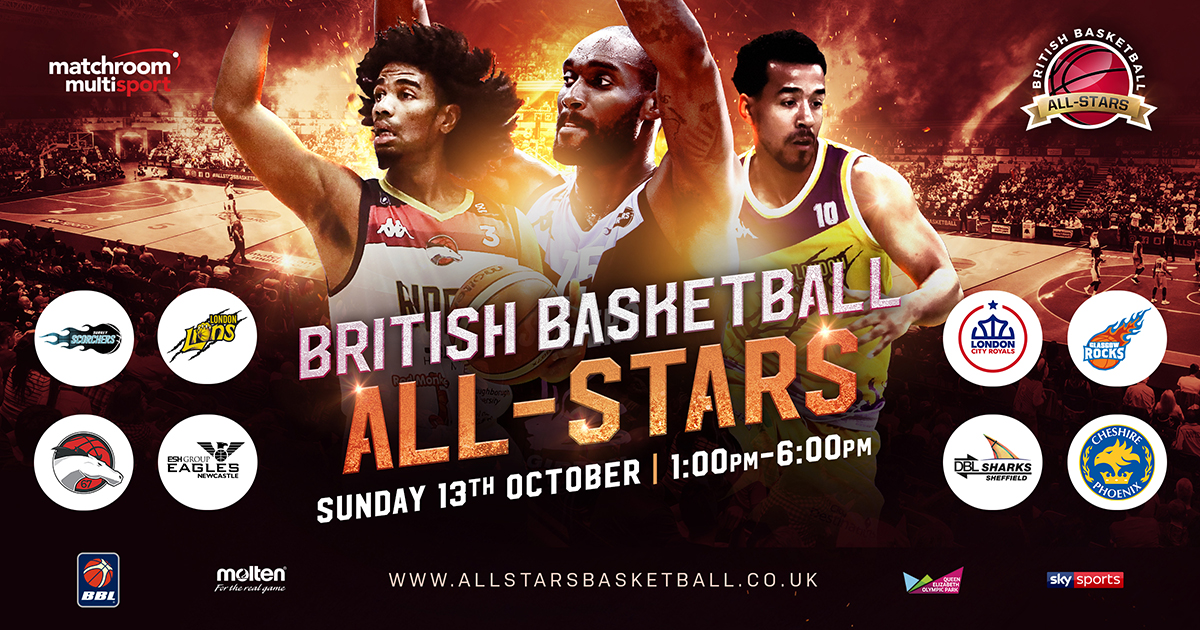 Cheshire Phoenix won their final three games of the BBL Championship season to book a debut at the British Basketball All-Stars Championship at Copper Box Arena, London on Sunday, October 13.

Nix finished the campaign with three consecutive victories to ensure a seventh-place finish in the BBL Standings. They defeated Manchester Giants, London Lions and Worcester Wolves and will now face Leicester Riders in the Play-Offs before making their All-Stars Championship bow at the Copper Box Arena in October.

They’ll enter the All-Stars Championship for the first time, where they’ll be joined by defending champions Surrey Scorchers and the other six teams who finished in the top seven of the BBL Championship. They are 2017 All-Stars champions Lions, who topped the table, Riders, Esh Group Eagles Newcastle, London City Royals, Radisson Red Glasgow Rocks and DBL Sharks Sheffield.

Featuring multiple 12-minute games, an All-Star 5-point line and the Golden Buzzer Power Play, the British Basketball All-Stars Championship is a non-stop afternoon of fast-paced basketball action which returns in 2019 for its third year.

The tournament will again showcase the best of British basketball talent, with defending champions Surrey Scorchers joined by the top seven teams from the 2018/19 BBL season. Double elimination will be in play to separate the teams from eight down to four ahead of the semi-finals and final.

Surrey Scorchers were crowned 2018 All-Stars Champions after a thrilling 36-33 overtime victory over Leicester Riders, while London Lions won the inaugural Championship in 2017.

Tickets for the 2019 British Basketball All-Stars Championship are available now via www.allstarsbasketball.co.uk with tickets priced from just £24, with children half price.